Did Your Bathroom Fall Apart? Time for Bathroom Remodeling

How can anyone unwind in a bathroom that smells bad? Or shower when there’s mold on the wall tile grout? Some signs scream it’s time for bathroom remodeling. Sometimes, it’s a matter of health to renovate the bathroom.

What we are interested in exploring today is the times the bathroom screams for some attention. That’s the times when the remodeling project becomes a necessity and every day could make a difference. So, is your bathroom falling apart?

Is there a bathroom leak? 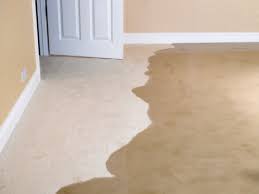 Bathroom leaks often indicate plumbing damage and thus, call for remodeling. Of course, not all situations are the same. If the bathroom sink faucet drips or leaks, you don’t have to renovate the entire bathroom. You can simply replace the faucet. But if there’s leakage due to sewage backing and the bathroom is already dated, you may consider its renovation for health reasons alone.

Most leaks occur when pipes burst. And this usually happens when the plumbing pipes are old. Since they are often placed under the bathroom floor and behind walls, there’ll be a need to break some walls or floors and so a good chance to remodel the bathroom too.

Is the bathroom outdated? 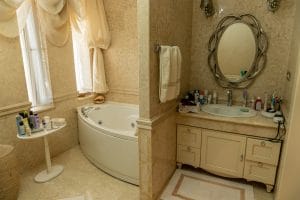 An outdated bathroom is not only old-fashioned but has also seen much better days. And there’s no need for you to see moisture on the ceiling or cracked tiles to remodel. If the bathroom fixtures show their age, the colors have faded, the accessories are not in their best shape, and the overall looks hardly inspiring for some relaxing moments, you need to remodel.

The truth is that most old bathrooms are quite ruined. There are indeed some signs of moisture here and there. Also, signs that water hardness leaves behind on faucets. Broken mirrors, poor lighting, lack of electrical outlets, no ventilation, and other problems all indicate it’s time to find bathroom remodelers.

Is there a bad odor in the bathroom?

If you sense a bad odor every time you walk into the bathroom, it’s bad news. Bad odors are often a sign of moisture – hidden or not, and mold. It’s also a sign of drain clogging and rotten pipes, and such problems shouldn’t be overlooked.

Is there mold in the bathroom?

Mold builds up when there’s moisture and bad ventilation. Even if there’s a ventilation system, it must be used correctly for the avoidance of increased moisture levels in the bathroom and thus the prevention of mold build-up. Grout is also prone to mold since it absorbs moisture. That’s why the grout of the shower tiles must be well sealed. Now, if there’s mold in the bathroom, it’s urgent that you deal with it. Since mold spreads quickly, the bathroom may need to be remodeled.

Does the bathroom have poor ventilation?

Many bathrooms lack ventilation. They have no ventilation system or a window and so they cannot be aired. That’s bad since the high levels of moisture when you shower encourage mold build-up and growth. And so, if you have poor or no ventilation in the bathroom, you likely have mold and some fixtures may be rotten or somehow ruined due to moisture. In this case, having the bathroom remodeled becomes a must.

Bathroom remodeling is a must when it’s not functional

A bathroom with a bad layout and hardly functional might sound like a small problem. It’s not like everything is broken and the bathroom must be renovated with no delay! But it’s easy to say so if one doesn’t have to turn and bend in order to get by every single day in the bathroom. Also, if one doesn’t have to walk into a cluttered bathroom every single morning and evening due to lack of storage space. And so, problems like that are also good reasons for planning the renovation of the bathroom. Assuming you can afford a bathroom remodel, why face the ugliness, the clutter, and the bad odors day after day and not go for it?

Have Any Question ? Call Us Right Now at: